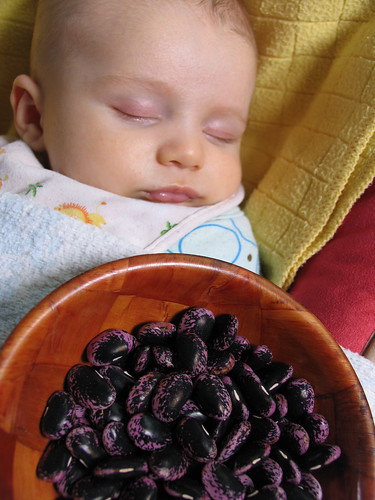 The harvest: one baby boy and some scarlet runner beans

You could be forgiven for thinking that things have been somewhat quiet on the Milkwood front of late. But it is not so! ‘Tis only that the combination of Permaculture courses, cottage building and baby-making (the gestation part and the aftermath, i mean) has taken up every waking moment for the last little while.

We have been given the sage but belated advice recently to “never combine owner-building and childbirth” – and I can currently attest that the two are not the sweetest of bedfellows. However, this is where we are at. So a quick update on things at Milkwood:

Ashar Fox arrived on the Ides of March to delight and terrify us with his overwhelming yet beautiful presence. Many Permaculture courses were conducted, in Sydney and in Bathurst, and much fun was had. Basecamp got a rocket-powered bath (more on that shortly), and the potatoes were harvested. They did well, but not nearly as well as the Jerusalem Artichokes. We learned that flat-leaf parsley can be your main green, and take the place of spinach in most dishes. We came across a micro-bat nestling in a Drizabone overcoat, and alternately fried and then froze at Basecamp, dreaming of an insulated, passive-solar cottage that will soon rise from the clay on Milkwood (more on that shortly too). 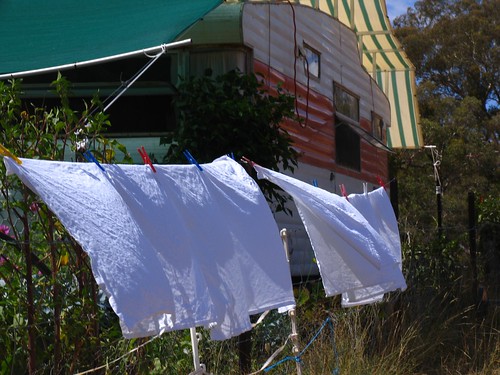 Meanwhile in the world beyond Milkwood, things seem to be every which-way. The newspapers and websites we read seem full of either doom-and-gloom or paint-your-world-green-and-it-will-be-fine… not much of a choice, really – however, we did recently come across this article by Madeleine Bunting in The Guardian which, if not offering a way out of the woods, at least hit the crux of the manner on the head with a small silver hammer. Not particularly cheerful reading, but at least it made us feel somewhat clarified on certain things.

The new Grand Narrative will indeed emerge, methinks. And perhaps we could nudge it along a bit by actively building resilient communities and employing good design principles in the structures we build; be they physical, organic or invisible. And by eating more flat-leaf parseley. And then a bit more. Because the darn stuff is not only high in minerals, its also rampant, frost-proof and unstoppable. Want some? I could probably post you a posy…