How To: identify that un-named plant 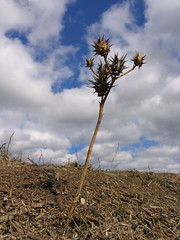 I am often coming across plants and trees that I don’t know the names of. Which isn’t very unusual, i know, but once you start wanting to figure out how your surrounding environment works, being able to identify what plant is growing where leads to why that plant is growing there, which quickly leads to the beginnings of an integrated understanding of one’s surroundings. Hopefully.

Everything from climactic factors through to the layered histories of your land / street / footpath influences what grows where – but up until fairly recently i was at a loss to figure out what was what, so I didn’t worry about it. However. I am happy to say that I am now making inroads via a couple of great peer-powered open-source systems…

Apart from laying waste to my local library’s ‘what plant is that?’ section – which I must admit i didn’t find all that illuminating – i sort of glaze over when faced with 82 species of eucalyptus – Nick put me onto the power of Flickr groups for identifying the un-identifiable. Just because you don’t know what that thing growing out of your sidewalk is, chances are someone else does. And they are REALLY excited about having the chance to identify it for you. Yay for botanists on their days off, no?

Basically, if you have a Flickr account (which can be free if you don’t plan to upload every photo you’ve ever taken) you can upload photos to one or more of many ‘groups’. A Flickr group an informal, peer reviewed structure which groups together photos that people have chosen to add to that group, for whatever reason. So you add your photo of your unidentified plant, and add as a description everything you know about it – where you found it (both specifically and regionally, if you like), what time of year you photographed it, and anything else that seems pertinent. And usually, shortly after adding this photo,  an informal international network of generous botanists (both pro and amateur, i should add) are gnashing their teeth to identify it first.

Some of the particularly good groups for this purpose that I’ve found so far include:

ID Please – a wide ranging group which aims to cover plants, animals and just about everything else, really. International and rather fun.

What plant is that? – specifically for plants. International and rigorous.

There doesn’t seem to be any  groups specifically dedicated to identifying weeds (that favorite, nebulous term) yet, but maybe that’s a project for me to start sometime soon… 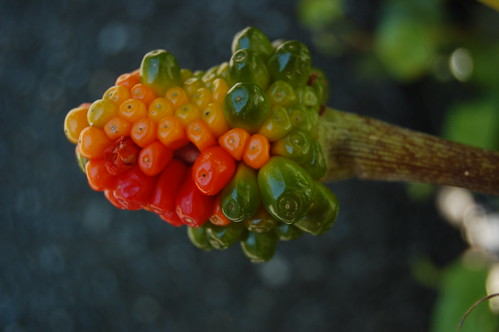 I love this!!! Always feel reluctant to eradicate a plant that grows in a place intended for something else. Now I can use this to identify the plant and make a more informed decision. I love keeping as many native plants as possible because they are more resilient. Sometimes it calls for a change of plan but it is not always bad!!!